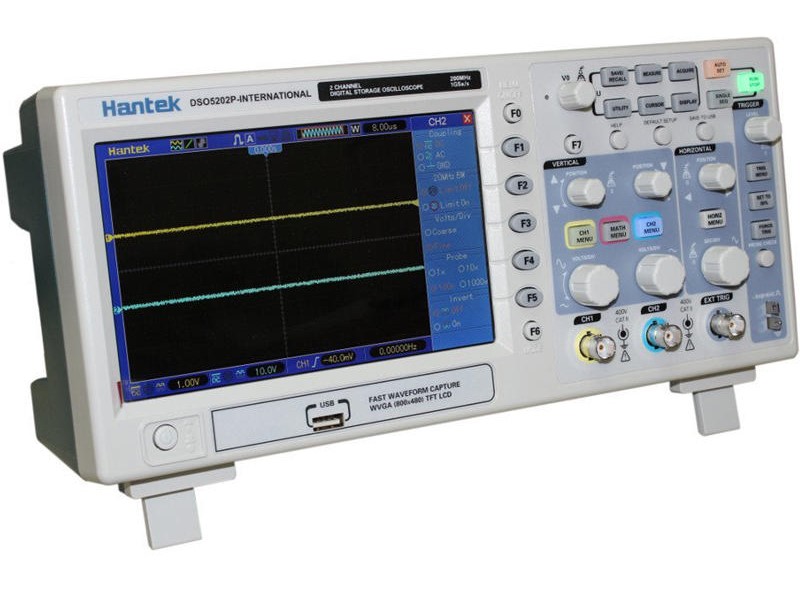 This is the laboratory instrument that is used to display and analyze the waveform of electronic signals. A typical oscilloscope can display the alternating current or pulsating direct current waveforms having different frequencies. The frequency can go low as approximately 1 Hz and as high as several megahertz. Time is displayed from right to left on the horizontal scale.

How does an oscilloscope work?

The electrical signals feeding into the X and Y connections effectively becomes the X and Y values on your onscreen chart; it is an analog device where there’s a one-to-one correspondence between these two things. One has to connect the signal, needed to study the Y-circuit, and use the X circuit, which is used to study how the signal varies over time.

The second signal is connected to the X-circuit and then explores how the X and Y signals differ together. After plugging into the signal, one can easily see the trace forming against the background onscreen graph paper.

Where can we use an oscilloscope?

We can use oscilloscopes to looking at different kinds of signals in different ways. Signals always change in the circuit over time, like in the faulty television, radio, and all types of similar equipment. In the typical oscilloscope, the probes let you feed in the electric currents through the coaxial cables. But here it doesn’t mean that the oscilloscope only helps in measuring the electricity alone.

When you plug in a transducer, then you can measure almost everything with the oscilloscope. To measure the signal from the oscilloscope, you can use a microphone that converts the sound energy into electrical energy.

By this essential and incredible electrical tool used in electrical engineering, one can perform different functions on different platforms. There are different types of oscilloscopes, as these are based on the cathode ray tubes, which are bulky, heavy, power-hungry, and expensive.